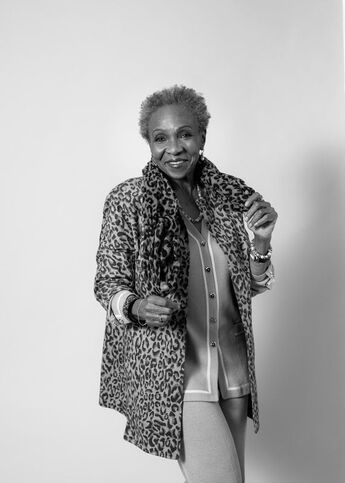 Ms. Jewelean Jackson is one of the first program participants at Dress for Success Twin Cities. She is 70 years young and believes that health is wealth. She has accomplished much in the past 11 years with Dress for Success and her daughter Thandisizwe is also an alumni of the organization.

Ms. Jackson is a leader in her community. She has loved in North Minneapolis for the past 40 years. She currently sits as the Board Chair for the University of Minnesota- Community University Health Care Center.

She strongly believes in life-long learning and learning from the cradle to the grave. She says her greatest accomplishment is having raised an extraordinary daughter with village input that makes us proud. Jewelean holds the title for Lifetime National Ms. Kwanzaa and believes in Kwanzaa as a way of life. She is constantly working to build her community, by recognizing issues and being a part of the solution. To name a few of her many accomplishments: Miss Black Minnesota Pageant, Inc. Founding Director/Producer, Twin Cities Juneteenth, Founding Mother with 2 Founding Fathers, National Night Out, Founding Committee Member, Children’s Defense Fund Minnesota Freedom School, among others.

When asked what brings her hope she says, "Young folks!"