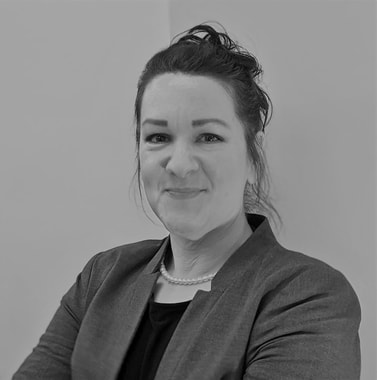 Julie first came to Dress for Success after completing her college certification program to receive professional attire for interviewing. Her goal was to find a job in her career field, but she was deathly afraid of interviewing. She spent a couple years working in fast food building up confidence in herself and her skills.
She returned to Dress for Success Twin Cities and participated in the Professional Intelligence program and was paired with a mentor which she says was invaluable to her.
Julie was hired on from a temporary position and has been employed there for 6 years! She's made a lateral move and received two promotions. “I used to always say I could never be a manager, I could never be a leader. I’m doing a lot of things I never thought I could do.”
This year she will start leading a sales team. She's been paired with a career coach and told us, “I was scared to take on the role but knowing that I have a career mentor that I can reach out to each week and check in with, has given me a sense of peace and relief.” While the pandemic has been difficult, Julie said it has given her the opportunity to work on herself and reflect. As a single mother of two adult children, Julie has overcome many barriers on her path to success, and says "I wouldn’t be where I am without Dress for Success."