DeAnna
"Be your own kind of beautiful." 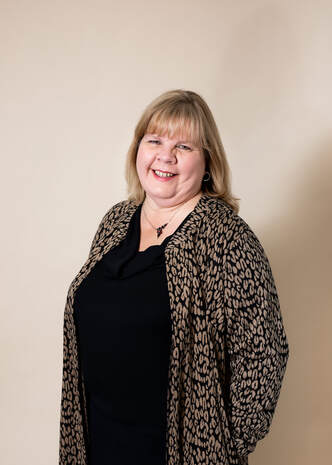 DeAnna is a client turned volunteer! Her goal is to connect with each DFSTC client by having a meaningful conversation with each woman where she shares her own important truth. Prior to her work as a put-together and upbeat volunteer, DeAnna was first a DFSTC client. It’s in that reveal that any slight wariness within a client is dissolved. “I love talking to all the clients and letting them know that I’m also a client,” DeAnna says. “I want to be a part of strengthening their hope because I know what it’s like to be there, to need help, and to feel so low.”


DeAnna invokes this hope through her own personal mantra, “Be your own kind of beautiful. Be true to who you are so you are always your own beautiful self. Don’t follow others and do what you feel is right in your heart.”


This gracious attitude for herself and for others however wasn’t always the case.
DeAnna’s Journey
As a child, DeAnna wasn’t instilled with messages of personal value. She always had a natural longing to feel validated, valued and loved. She looked to others to receive these messages which ultimately led her to unhealthy romantic relationships. Along the way she worked manual labor while trying to stay afloat emotionally, raise five children, and find her own independence. It was difficult. And then she was hit with more detrimental news. DeAnna was diagnosed with an autoimmune disease that prevented her from working manual labor altogether. She now desperately needed office skills in order to take care of herself and her kids.


She began to seek help and soon found DFSTC in October 2016. DeAnna arrived with very low self-esteem and a belief that women should not be trusted. “My past experiences with women were not positive. I didn’t believe women could truly help one another,” DeAnna says. That idea though changed almost immediately. “When I first walked into DFSTC I was greeted with such an amazing warmth and there was absolutely no judgement. Words really can’t describe how I felt— how I still feel to this day— this place has changed how I think about myself, and about other women. It’s so incredibly special and magical.”


DeAnna applied her immediate positive feelings toward learning and enrolled herself in the Professional Intelligence program. “In the midst of the program I got a job, I couldn’t believe it! I never thought I’d get this type of job and pay; it all happened thanks to DFSTC,” DeAnna says.
Really, Just Do It
What advice does DeAnna have for other women thinking of utilizing DFSTC free services? “Just do it, don’t overthink it. I know it can feel overwhelming to take that first step, and I know if you think about it too much, you’re going to talk yourself out of it. Instead of thinking, just do it; this is what worked for me. I remember the day of my first class; I was feeling so low and I didn’t want to go, but something in me was simply done overthinking it. Instead I just made that first step, and that step changed my whole life.”


A Whole New World
DeAnna is still thriving in long-term employment; she’s a regular speaker on behalf of DFSTC programming; and at times she’ll be sashaying down Twin Cities’ catwalks as a model for specially curated fashion shows featuring DFSTC. And while that all may seem glamorous, it’s her moments within the walls of the DFSTC headquarters where she feels best.  “When I’m here, the whole world outside doesn’t exist. It’s a judgement-free zone. And this feeling is free for everyone to experience,” DeAnna says. “When you’re here, you’re 100% yourself and you’re 100% appreciated and respected.”